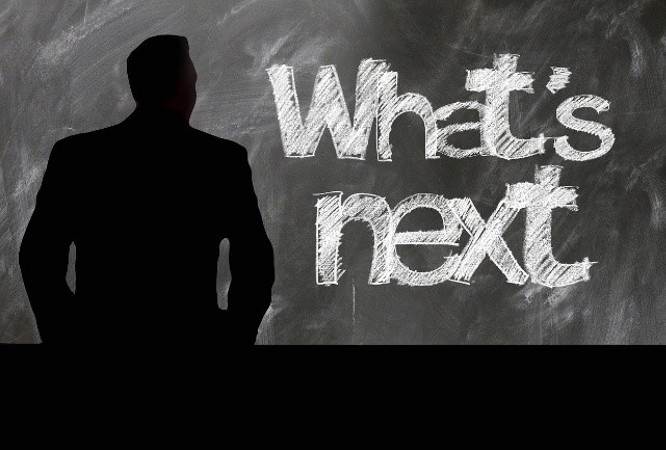 A “Mega Trend” is a change in direction of macroeconomic systems that can impact economies, businesses, societies, and general population lifestyles. What occurs is a continuous ripple effect that leads to this large-scale transformation. Therefore, preparation is of the highest importance for these fantastic incoming opportunities, and as a result, becoming acquainted with the 4 Mega Trends that will cause these major changes in Thailand is advised. This will determine lifestyle directions, and in particular, those of business and investment.


Trend 1: Technological and Digital
It is likely that none would dare to deny that the coronavirus outbreak, or COVID-19, at the beginning of 2020 was the greatest stimulus for change, especially in technological and digital matters. This was observed from the closing of educational institutions, shops, malls, companies, and various tourism locations, which led to meetings and lessons being held online. This impacted student children and their guardians in a wide area, and in particular in matters regarding equipment, yet it was unquestionable that the equipment had to be obtained. Many companies chose to have their personnel perform stay-at-home work by submitting their work and meeting online to reduce the risk of contact and infection. Online wallet application systems were developed to assist the public as a possible option to avoid contact with money, which led to the search for smartphone procurement to register for entry into spending stimulus projects from the government sector, such as the 50/50 project, the “We Won” project, etc. This was also an impetus for people to spend more in digital systems, and thus, we must prepare for development in systemic matters, including topics such as Networks, AI, Blockchain, IoT, Virtual Reality, Clouds, and Robots, since they assist in creating convenience and safety for all people to participate in online transactions. Furthermore, future technologies must also be developed to met the needs of impending labor shortages.


Trend 2: Incoming Electric Power
If we were to travel back by 3-5 years into the past, many of you might have heard the news released about promises made by multiple automobile production giants, such as Mercedes Benz, NISSAN, HONDA, and most recently, TOYOTA, who were unable to resist this the heatwave. The reason was that the Japanese government made a clear declaration that oil-dependent cars would be banned from distribution within 2030, in order to make way for new cars that run only on electricity. Thus, it comes as no surprise that in 2020, many electric cars in forms such as the BEV, EREV, PHEV, and HEV were distributed in higher quantities. Yet they were not fully developed to the limits of their ability, and this is an issue that is currently being resolved.

In particular, TESLA, the US’s giant electric automobile producer, made an aggressive statement that it began development on Tesla car batteries that would last for up to 50 years under new technologies, which gave Tesla’s stock several upsurges to multiple record heights. In Thailand, many companies have begun to express interest, and are developing efficient car batteries to match this trend change. This is still insufficient, however, because many car components require additional modifications from oil-dependent systems to electrical systems to answer future needs.


Trend 3: The Incoming Elderly Society
In truth, this has likely already begun. Referring to the Thai population statistics at the end of 2019, the total population of 66.56 million people can be categorized into the following age ranges:

It can be observed that within 10 years, the Thai population will enter into a society with a higher number of elderly people. Meanwhile, the labor sector will slowly experience increased shortages due to the low population growth rate and increasing yearly number of elderly people. This may impact the GDP system and the revenue of the government sector, which must be spent to care for these people at increasing quantities as time passes, and may eventually affect national development. This can be observed from increased purchasing power of goods related to elderly people, which are expected to grow even more in the future: namely, adult diapers and other products related to the elderly. Furthermore, many private nursing homes are also opening at greater numbers to support this increase in the elderly society.
Trend 4: Transportation Systems are the Heart of Goods and Services Sales
Modern transportation is an area facing fierce and increasing competition. Originally, services were provided to only a few companies, yet currently, so many options have become available that making a choice is difficult – for example, whether to choose companies branded under yellow, orange, or red colors. Food Delivery systems that provide their services through various application systems have also appeared in a wide variety. Subsequent to the COVID-19 crisis, this caused people to stay home and purchase goods through online systems in greater numbers, which resulted in the online market sprouting up like so many mushrooms. Transportation and services are therefore so important that they are unavoidable for nearly every business. They are also fields that are expected to face even more intense competition, as Chinese giants such as Alibaba have begun to join in investment, and it is anticipated that these transportation systems will be used to spread more Chinese goods. In particular, railway transportation systems will soon be finished, and we will surely see transport cars filling the road at that time.

Although the past crisis has impacted a large number of businesses, many other businesses benefited and grew with the potential for future growth by simply finding and seizing opportunities. Still other businesses are prepared to grow in tandem with these Mega Trends, or intend to provide core or auxiliary support for these Mega Trends, whether by renting warehouses, industrial parks, or readymade factories. Remember, fresh starts require high amounts of capital, but if there are factors that assist in the stable leap forward, the benefits will not be small.